today’s news an objective look at the ongoing U.S. impeachment investigation, a report on a nuclear challenge for Germany, and the advent of edible bowls

The History Hour Five remarkable stories of animals in recent history – from the guide dog who led her owner out of the World Trade Center on 9/11 to a ferocious shark attack to the locust swarm that flew more than 5000 miles across the Atlantic ocean.

Tomorrow’s World – BBC   Do more aggressive and unknown outbreaks lie in our future? In a world where we continue to be struck by new pathogens, Britt and Ellie pit two teams of scientists against each other. In a game with a virus at the heart of it, one team works to spread it, the other tries to contain it. Will lives be saved or will the virus prove too deadly? Plus, join us as we journey into the hidden depths of a level four containment lab where some of the most contagious viruses in the world are housed.

Sporting Witness The Ethiopian distance-runner Haile Gebrselassie defeated his greatest rival Paul Tergat of Kenya in one of the narrowest victories ever in the 10,000m event. He entered athletics history at the Sydney Olympics in 2000 by successfully defending his 10,000 metre title and beating Tergat by less than one second. Presented by Fred Dove. This programme was first broadcast in July 2012.

The History Hour In October 1967 the Marxist revolutionary Che Guevara was captured and killed in Bolivia – we hear from the CIA operative who was one of the last people to speak to him. Plus, the plan to rescue Italy’s art from the Nazis; remembering a hero of Catalan nationalism; the policeman and friend who testified against OJ Simpson, and Madonna – the early years.

Podcasting House – BBC Documentary If we had to start civilisation from scratch, what’s the first thing we’d need to invent?

World Update: Daily Commute The latest edition of the Global News Podcast. To receive Global News regularly, search for it wherever you find your podcasts and subscribe. The fifth in line to the British throne was speaking after the couple announced their engagement and plans to marry in spring 2018. Also: EU settles dispute over major weed killer and Bitcoin hits new record high.

Global News Podcast More than 50 heads of state gather at the One Planet summit in Paris. The French President, Emmanuel Macron, said that two years after the Paris climate agreement, the rise in global temperatures had become a permanent emergency. Also: a deadly explosion at an Austrian gas terminal prompts Italy to declare a state of emergency over energy supplies, and one of the most eagerly awaited films of the year, ‘Star Wars, The Last Jedi’, is being released around the world this week – we look at the critical reaction to the movie.

Outriders This week Jamillah chats with Matt Novak of Paleofuture and they find out about our past hopes for future technology and what some tecchies wanted for Christmas: 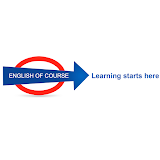